Rich and Carol each learned to square dance as youngsters after both sets of their parents learned to dance. They met on the dance floor. At their wedding reception, they had square dancing whenever the band took a break. They have served their local club in many ways over the years, as well as several local, state and national conventions.

Carol and Rich are both retired, but they are active in their local club, church, and community. Actually their club dances at their church, in their community!
Both are active with several church organizations and Carol sings weekly in the choir loft. At Christmas, Carol likes to say, “Christmas Carol carols at church.”

Richard worked at a bank in Loan Servicing Customer Service. After he retired, he was asked to be President of their city’s new Overland Farmers Market. He did that for 11 years, and he doesn’t even like vegetables!

Carol worked in advertising for a Publishing Company. She volunteers in their City of Overland, Missouri as Chairman of Beautification. Her committee works to jazz up the rights of ways and parks with hardscape projects such as benches, signs, trash receptacles, holiday decorations, clocks, and sculptures.
Their city awarded each of them together as Citizens of the Year. They were each given a Key to the City, and were later selected as Home of the Month.

The Kilzer family is small, but square dancers make up for that…plus their little dog, Dorla. 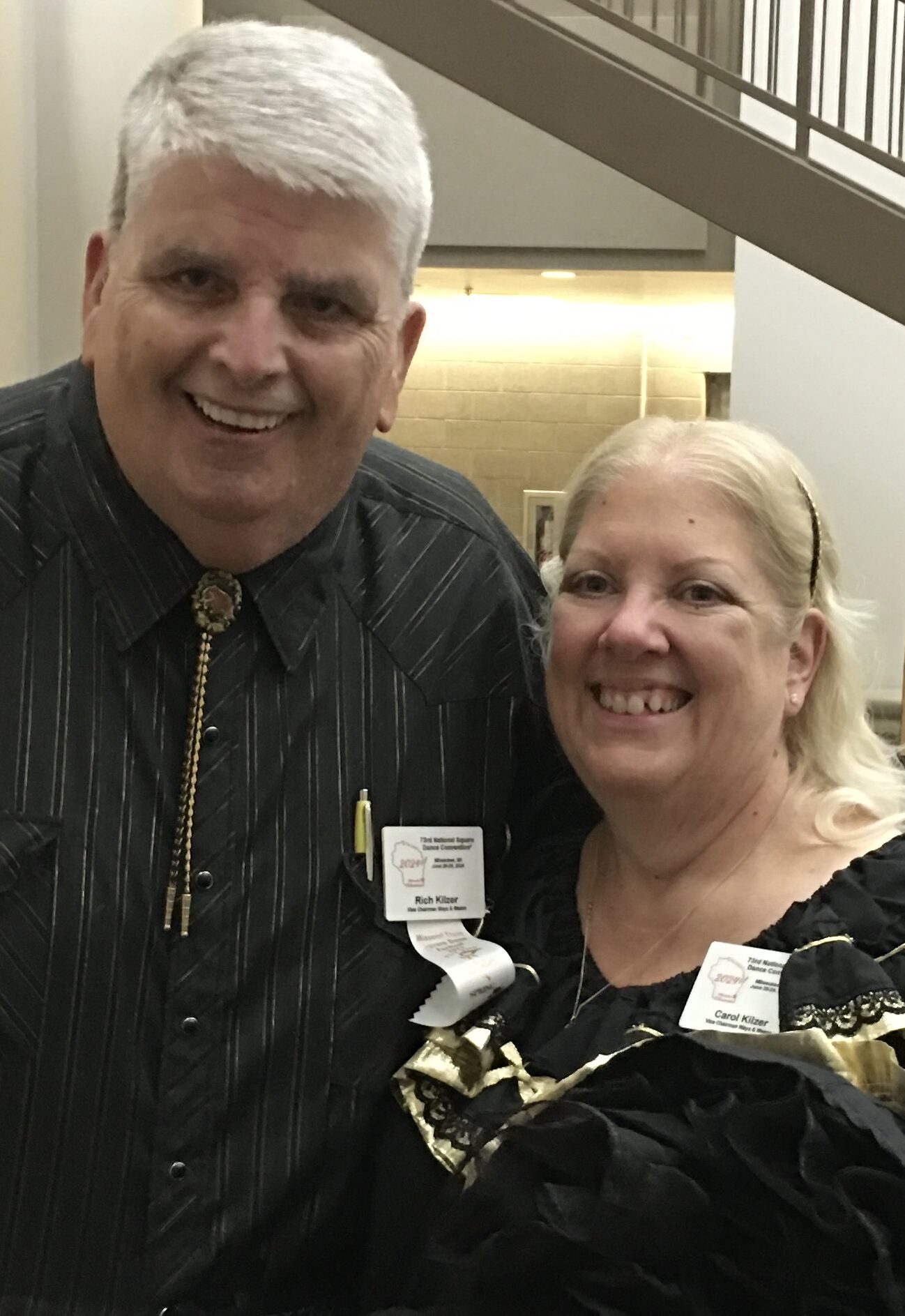