Jim Maczko and Patty Wilcox are leaders in the square dance community. They have been dancing together since 1992, and have served in many roles at the local, state, and national level.

Jim began dancing in 1954 at the age of seven with the Junior Levis and Laces in Lemon Grove, California. He began his leadership role at an early age, when in 1963 he was elected and served two terms as President of the San Diego Junior Square Dance Association, an association of area youth clubs. Patty Wilcox began square dancing in 1982 with the Single Squares in San Diego and met her late husband Walt on the dance floor.

On the national level, Jim is one of the founding fathers of the United Square Dancers of America (USDA) and served as its first president from 1981-1983. He continues to serve on the Executive Committee as Parliamentarian and as Chairman of the USDA Nonprofit Group Exemption Program. Patty has been active with USDA since 1993 and provides many “behind the scenes” supports for the organization. Jim and Patty served together as USDA Presidents in 2012-2013. Jim was also one of the founders of the Alliance of Rounds, Traditional and Square Dance (ARTS-Dance), and was elected the first Chairman of the Governing Board serving from 2004-2006. Jim and Patty received the CALLERLAB Chairman’s award for 2006. During the 57th National Square Dance Convention® held in Wichita, Kansas in 2008, Jim presented the Keynote Address, one of the few non-callers to make this special presentation.

Regionally, Jim and Patty have been members of the USAWest Square Dance Convention® Policy Board since its inception and served as Co-General Chairman of the second USAWest Square Dance Convention®, held in San Francisco in 1998. They are also the Assistant General Chairman for the 19th USAWest Convention to be held in San Diego in 2022. Jim has served four terms as President of the California Square Dance Council, serving from 1977-1979 and again from 1990-1992. Jim and Patty remain active in Council, where Jim currently holds the position of Parliamentarian.

Locally, Jim is a past president of the San Diego Square Dance Association and has twice been General Chairman of its annual three-day festival, the Fiesta de la Cuadrilla. Jim and Patty are also members of the California Heritage Dancers exhibition group, bringing the history of square dancing to life through historically accurate routines. 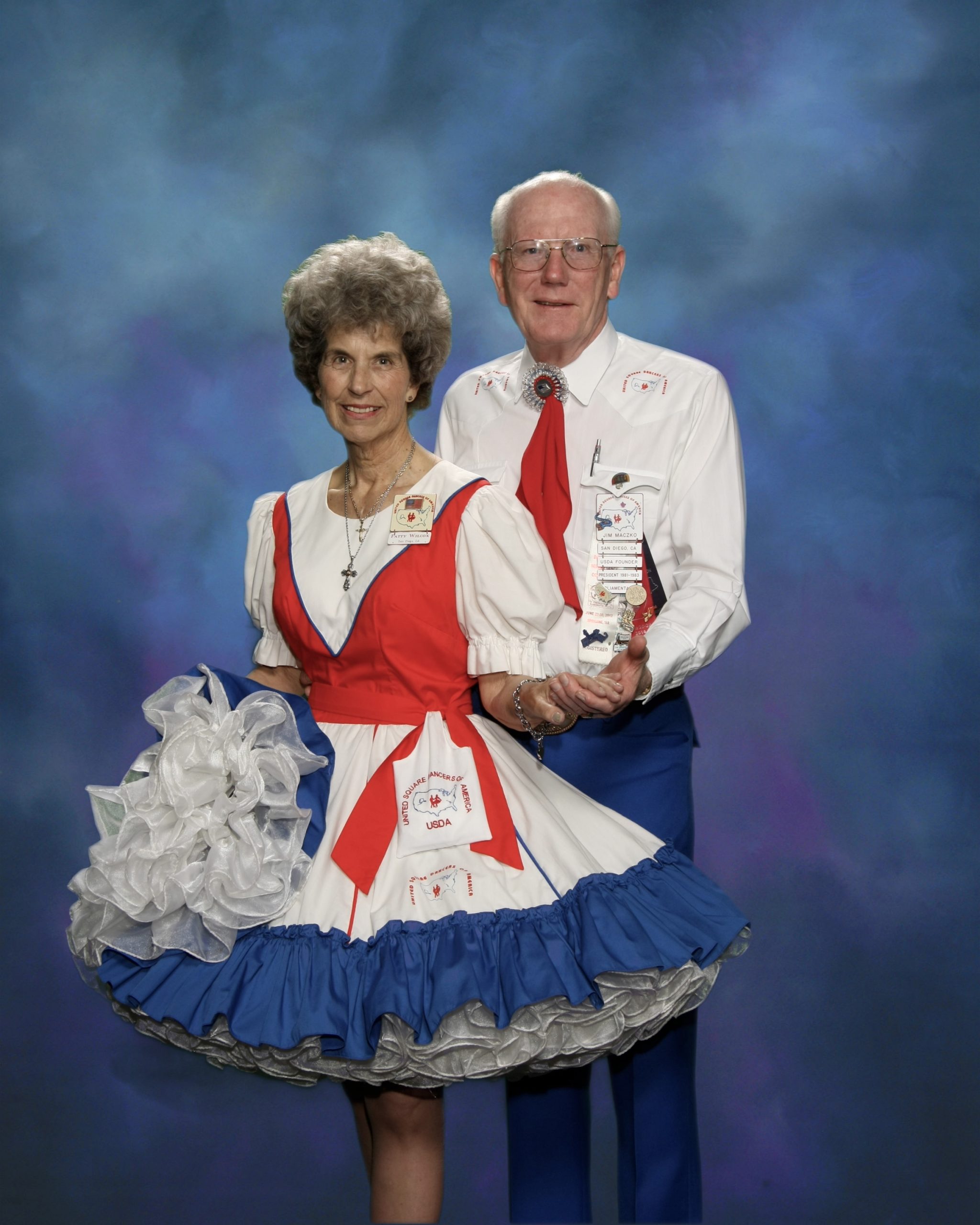