Eldon started square dancing when he was about 16 – Cross Trails Club in Madison with Vern Weisensel. Eldon belonged to a square dance club called Wings and Swing in Omaha, Nebraska in 1973 while he lived there. Later he belonged to a singles club in Madison – Mad City Squares after his military service in 1974. Virginia first started square dancing in 1977 when she took lessons at Mad City Squares where the two met.
We married in 1979 and kept dancing for a while. We joined Grand Squares because we didn’t want to belong to a singles club any longer. When we started raising a family in 1987, we stopped dancing.

Eldon went to his first National Convention in California in 1975. Both of us went to the Nationals in Iowa in 2016.

When Eldon retired in 2010 we took lessons again at Westport Squares for a refresher. We got back to round dancing also. We also have taken Plus lessons several times and refresher courses to get more practice. We have had a good time with square dancing. We belong to Westport Squares Square Dance Club and Badger Rovers Square Dance Club. We were in charge of Services at the State of Wisconsin Square & Round Dance Convention in Baraboo in 2016 and in Middleton in 2019.

Virginia is still working for a Financial Planner as an Administrative Assistant. We have a son, Matt and a daughter, Kim, who is married to Raf. 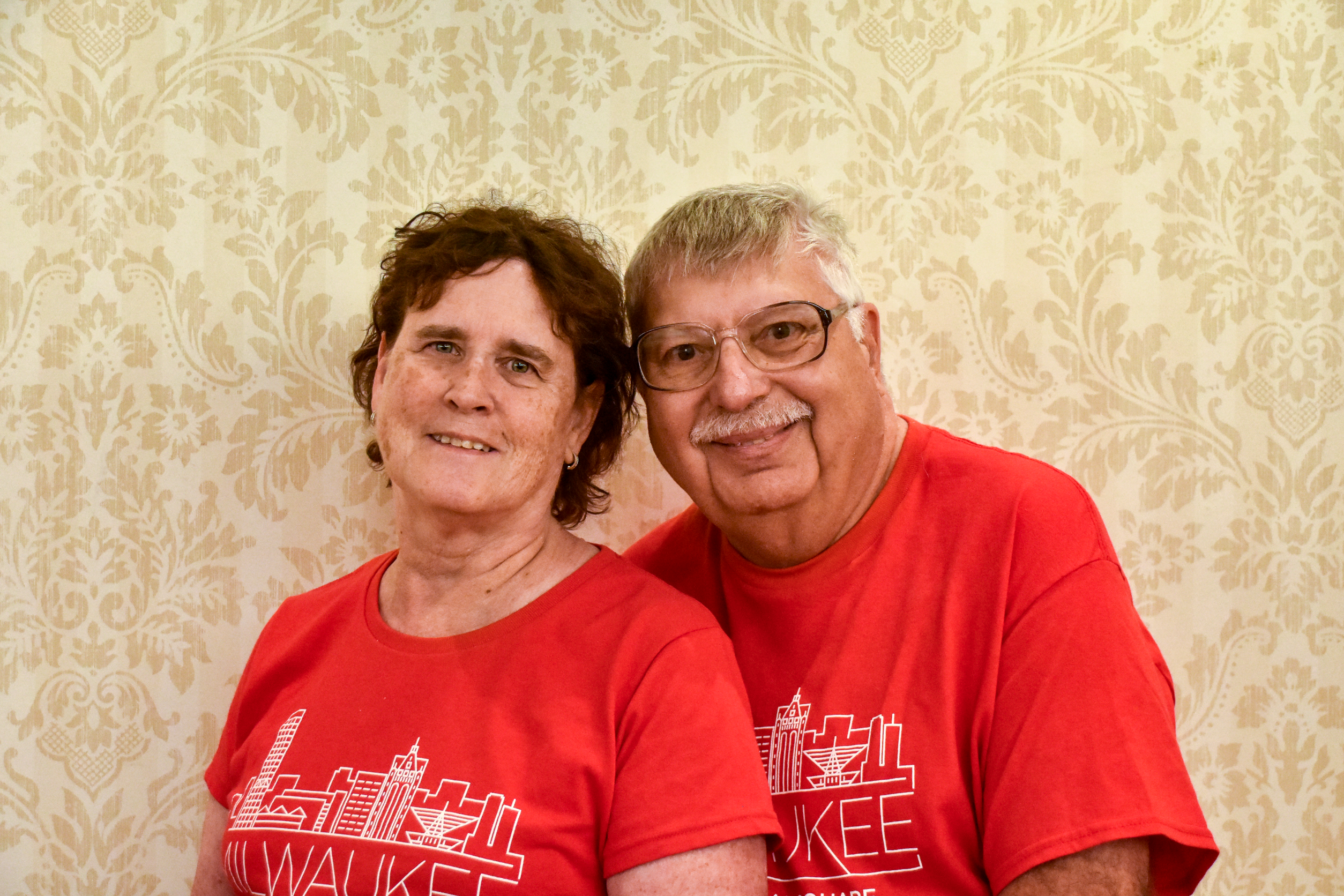