Daryl and Leslie Arndt started square dancing together in 2013. Daryl started dancing with the Petunia City Squares from Beloit, WI in the late 70’s & early 80’s. The 1979 Milwaukee National Square Dance Convention® was the first nationals he attended. Busy young family life sidelined Daryl until he met Leslie in 2009. They started dancing in 2013 with the Docey Dandies in Gardner, KS and helped the club succeed as various chairmen and officers. In 2018 they were Vice-Chairman of Hospitality at the 67th Nationals in Kansas City.

Daryl worked for General Motors in Janesville, WI until the plant was closed in late 2008. He transferred to the Kansas City, KS plant until his retirement in 2018. Leslie worked for Facilities for the Johnson County, KS Library System and also retired in 2018. Daryl & Leslie bought a motorhome and in January 2018, sold their house and became full time RVers traveling the country. They attended several states state dances, festivals and local club dances around the country. Due to Daryl’s mom having a stroke, they returned to Beloit, Wisconsin to be closer to his mom who is in a local nursing home. They joined the Petunia City Squares in July 2021 where they became the Membership Chairs and Lesson Coordinators. They enjoy square dancing, meeting new friends and helping make square dancing successful! 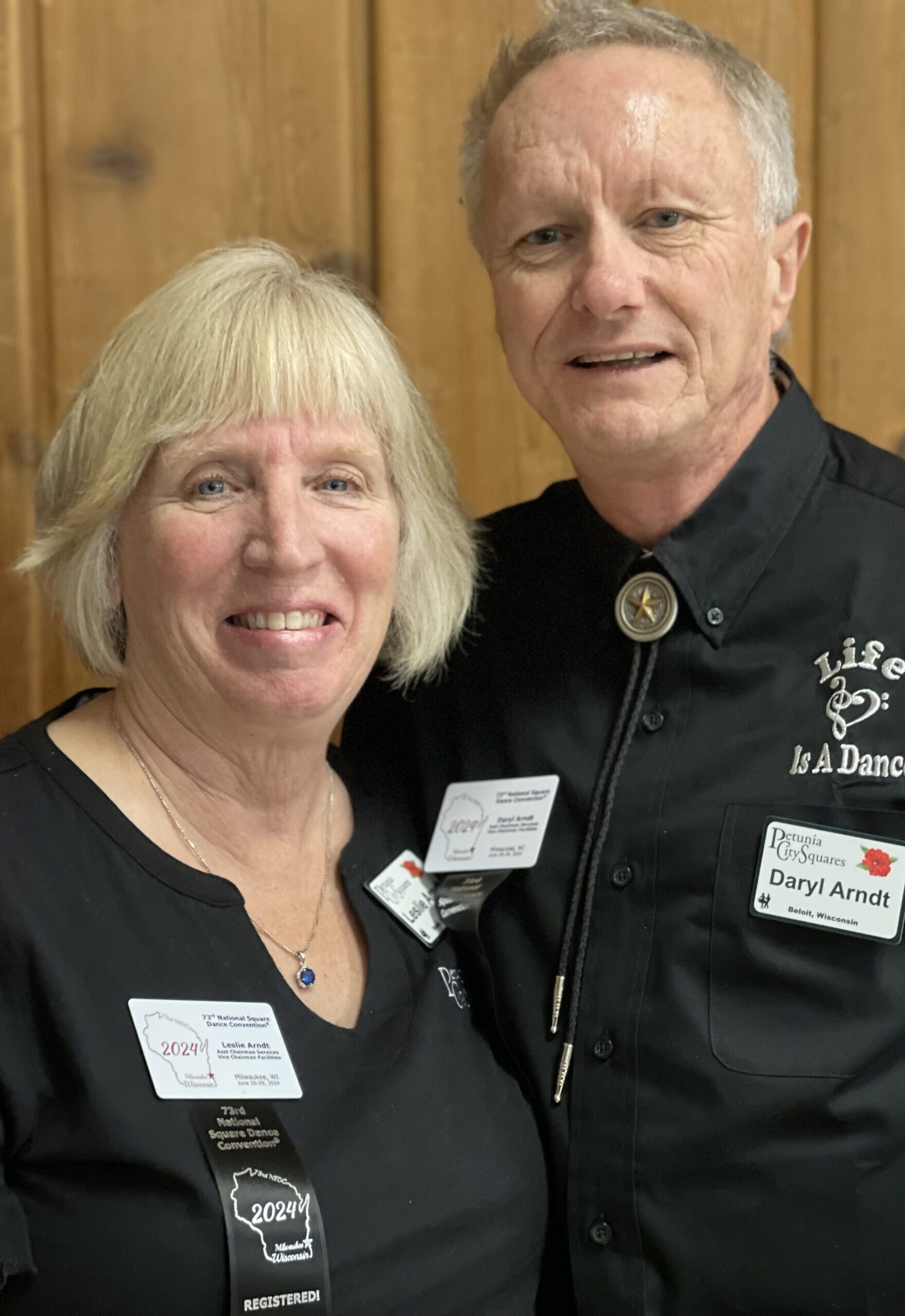