Jean was born in Ripon, Wisconsin and moved to Milwaukee in 1982. Jean worked for M&I/BMO Harris Bank for 40 years. She took a leave of absence from banking to serve her country in the U.S. Army 1986-1990, where she did accounting work. After her U.S. Army service, Jean went to Alverno College where she earned her B.A. in Business while continuing to work at the bank. Jean retired in December, 2021 and has now become a Winter Texan.

Jean has square danced since 2007 in the Milwaukee area. Wayne and Elaine Irwin were her mainstream teachers and they have remained great friends. She enjoys dancing and learning so much that she has continued to advance in the levels of square dancing and now dances at a C-2 level. She travels to dances all over the country. Jean has served on the Wisconsin State Square Convention committee as retail chairman in 2012 and secretary in 2017. 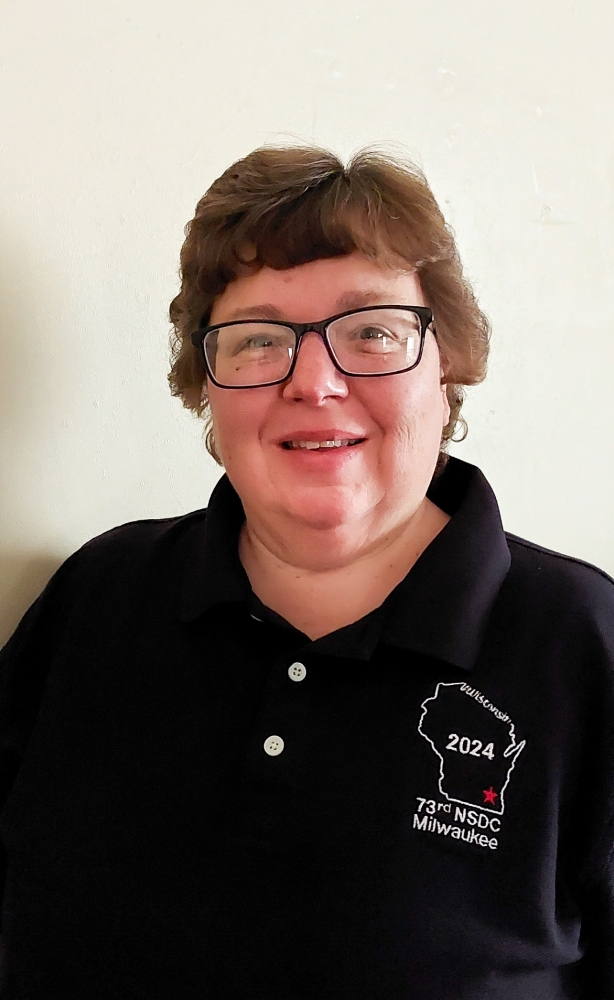