Mark and Bina Krebsbach live in North Dakota, spending much of the year at a cabin at Sibley Lake in Dawson and the rest in a condo in Bismarck (when they aren’t traveling). They took square dance lessons in 1990 and have been dancing ever since. They have been members of five different clubs in North Dakota and have served as both President and Vice President of the Belles ‘n’ Beaux Square Dance Club in Bismarck. At the state level, they were President of the North Dakota Square and Round Dance Clubs, Inc. and have also served six years as State Insurance Chairman. Nationally, Mark and Bina have been Ways and Means Chairman for the United Square Dancers of America for five years, and Plains Region Vice President for three years. They have been nominated for USDA President for 2021-2022.

Mark and Bina love to travel and square dance. They have danced in all 50 states, completing the USA Traveler Badge program twice (and are currently working on their third time around). They have attended each National Square Dance Convention since 2010, a Canadian National Convention, and many of the northern US/Canada International Square Dance Conventions (including service once as chairman). In addition to dancing around the US, they have also danced in several foreign countries.

Mark and Bina retired from 35 years in farming and ranching in North Dakota, raising Angus beef cattle and growing commercial potatoes. They became land developers and general contractors, building four-unit condo buildings in Bismarck, ND, designed for retired people. They enjoy getting together with their seven married children, 17 grandchildren, and five great-grandchildren! 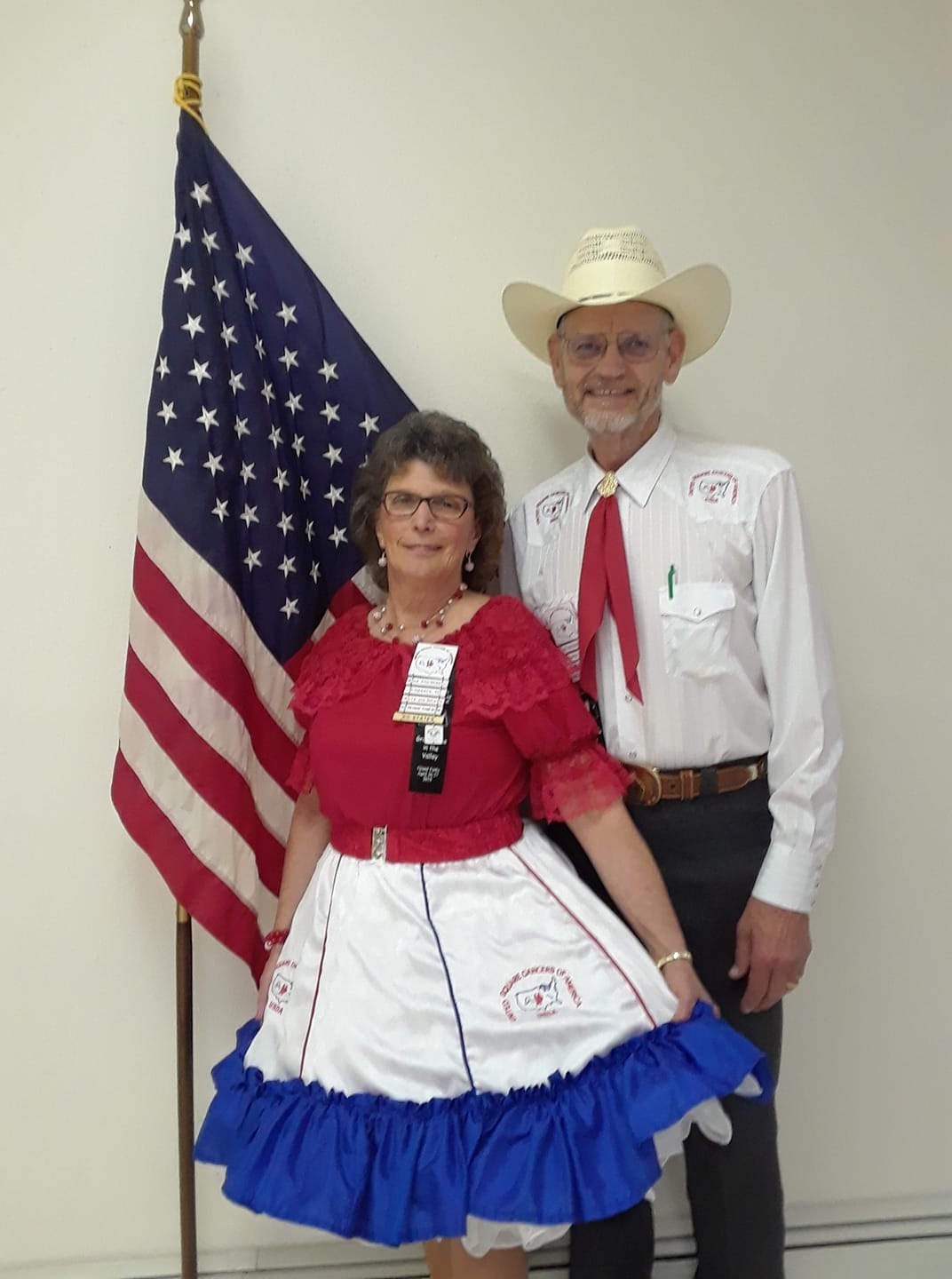