Kimberlee started square dancing in the 70s in Colorado and later in Hawaii.  She and Michael met after she moved to San Diego and it took her a while to get Michael involved.

Michael and Kimberlee attended their first National Square Dance Convention in 1998, got hooked, and have attended most since then. They served on the 2001 National Square Dance Convention committee and were Board members and Computer Chairmen for the 2009 NSDC, where they designed the database system that has evolved over the years to what conventions use today. In 2012 Michael’s work brought them to Wisconsin and later to South Dakota then back to Wisconsin where they remained actively involved.

Michael attended the GSI caller school in 2014 and has been calling regularly since then. They currently belong to CALLERLAB and the South Dakota and Wisconsin Square Dance Callers Associations.

In December of 2015, they created a monthly Skype dance to enjoy and dance to some great callers without the prohibitive cost of flying them to their facility in central Wisconsin. They can and have danced to 15 different great caller/recording artists via Skype, and most have repeated and are willing to do it again as their schedules match up.

Kimberlee is a computer data designer/programmer and Michael has spent his work life designing cameras and computers and making them work well together in the broadcast industry. They have produced and/or directed local, regional, and national television programs and have added square dance commercials to many of them to help keep our activity alive. 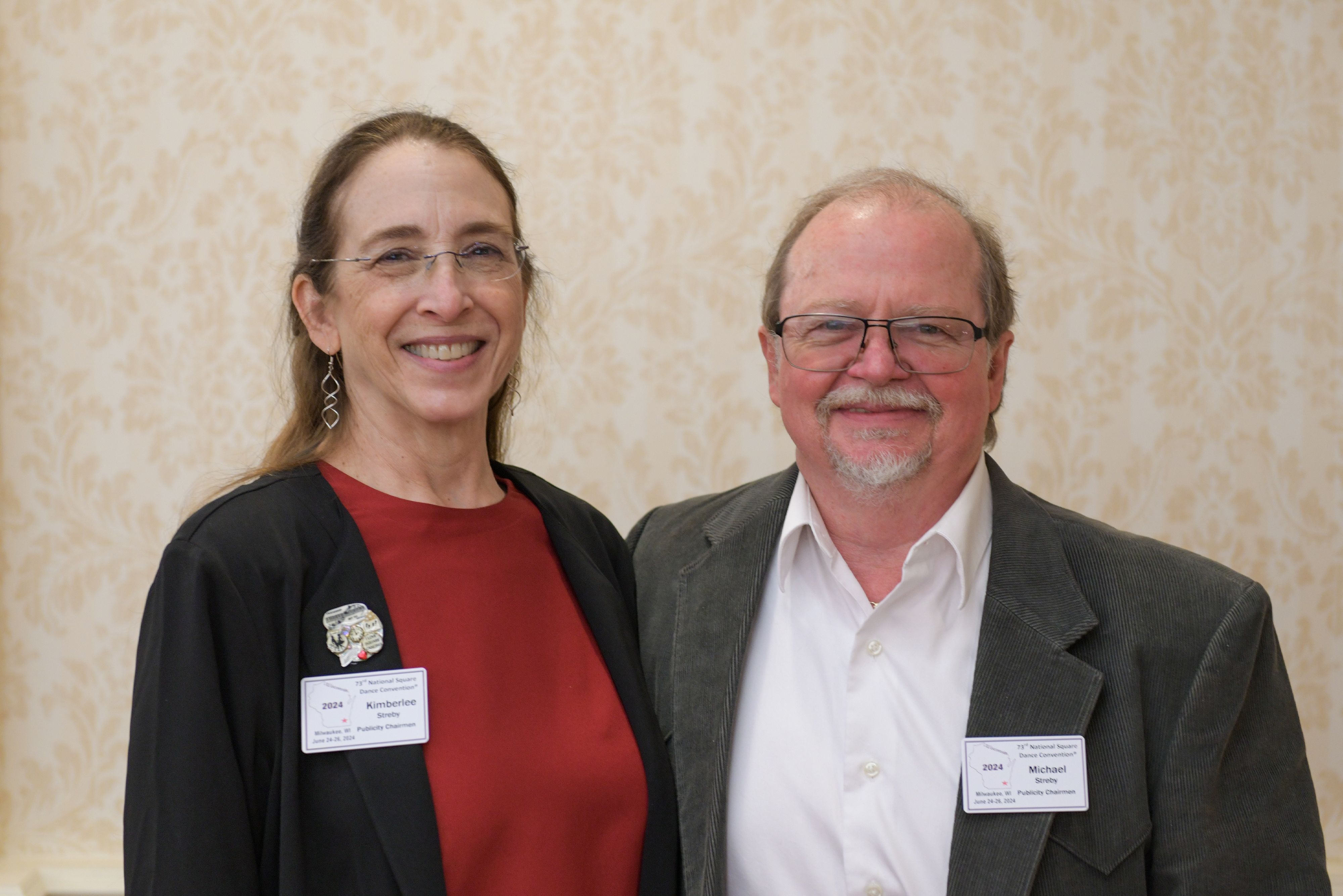