Natalie Sprosty and her brother-in-law, Doug, are the Vice Chairmen of Rounds for the 73rd National Square Dance Convention in Milwaukee.

Natalie learned to square dance in 1983 while attending the University of Illinois at Champaign-Urbana. After moving back home to the Chicago area, she discovered round dancing with Al & Jane Krol’s Carousel Club. She became a cuer and taught for many years in the Chicago area.

In 2000, Natalie moved to Bettendorf, IA, and started working for John Deere at the World Headquarters. In 2001, Natalie married Don Sprosty, square dance caller, and they adopted their two sons, Roman and Andrey, from Siberia in 2006.

Natalie cues for various clubs around the Midwest. She has been the featured leader for many dance weekends, festivals and Dance-a-Ramas. Natalie has also taught and cued at numerous Iowa, Illinois, Minnesota and Wisconsin Conventions as well as being on the program at many National Conventions. Natalie loves Wisconsin round dancers because they always request her choreography “Cold Kisses” (phase 4 bolero).

Doug, and his twin brother Don, began calling in 1972 at age 12. You could say they have square danced their entire lives as their parents, Leonard & Mae (both deceased) began modern western style square dancing in 1958, the year before Doug & Don were born.

Doug began cueing rounds in 1976 and teaching in 1980. He cues at the majority of dances that he and Don call throughout the Midwest. Since Natalie and Don married in 2001, Doug and Natalie teach together.

Doug is employed as the Bookkeeper/Secretary at his parish, Holy Family Catholic Church, in Davenport. 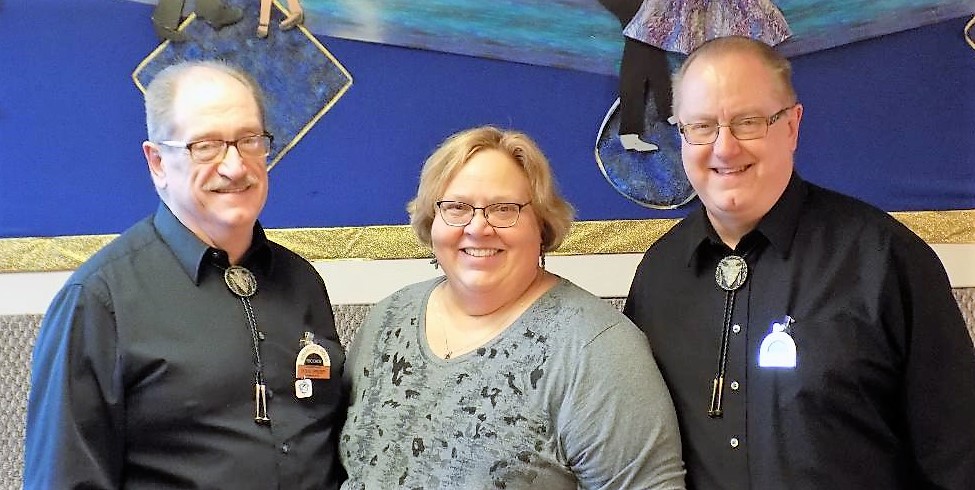